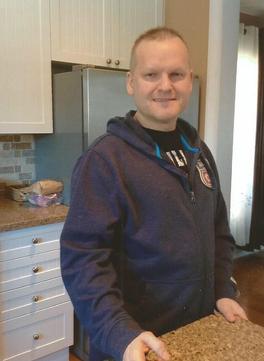 Todd McNabb was a well known and respected leader within the automotive finance industry in Canada.  He was equally recognized as a leader within the Ajax minor hockey community.  Minor hockey was a passion for Todd that almost matched his passion to be an incredible husband to Rhondda and father to their sons Cody (born in 1999) and Curtis (born in 2003).

Todd strongly believed in the power of team sports, such as hockey, to help build character and create friendships for a lifetime. He was proof of the potential positive impact of minor hockey.  Todd grew up playing competitive hockey in Oshawa, Ontario. and many of his closest friendships were formed through his hockey experience - both in his youth and later though families on his son's teams.  In 2004, Todd began giving back to the community (or paying it forward as you will) and has been a Head Coach within the Ajax Minor Hockey Association and/or the Ajax-Pickering Raiders Association almost every season since then.

When he passed away in September 2014, his lifelong friend Jeff Fitchett shared the below as he eulogized Todd.  He articulated the essence of who Todd was so well.  Best to simply share....